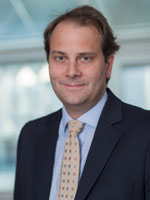 Stock market investors fondly look back on September, when most indexes posted significant gains. In the US, the S&P 500 Index US advanced by 1.7% in this time period, while the Austrian ATX Index was even up 3.4% by the end of the month. The gains were broad-based, with all but one sub-sector of the Stoxx Europe 600 Index closing out the month with a positive performance. Particularly financial stocks were sought after, led by banks (+9%) ahead of insurers and financial services companies. Stocks of car makers and car part suppliers confirmed that the markets were in "risk-on" mode by posting a gain of 6%, while only the defensive food & beverages sector lost ground.

In Vienna cyclical stocks were in demand in as well. Andritz topped the list of positive performers, as its months-long slide ended and gave way to a monthly gain of +17%. AT&S (+8.5%) and FACC (+7%) were relegated to second and third place. On the other end of the spectrum Verbund lost more than 7%, but that is put into perspective by a year-to-date performance still in excess of 30%.

Issues such as increasingly escalating trade disputes and the ever more likely hard Brexit have so far at most led to an increase in market volatility, which is then smoothed by the calming influence of monetary policy easing measures by central banks. The fact that it is almost impossible to find attractive investment alternatives to equities is supporting prices. The question is: for how much longer?

The US has imposed punitive tariffs on airplanes and various other agricultural and industrial goods from Europe with the blessing of the WTO. That the tariffs (10% on airplanes, 25% on other goods) were not set at higher levels is probably owed to the fact that US economic growth is deteriorating as well. This was confirmed by the recently released ISM manufacturing purchasing managers' index, which surprisingly declined markedly again, to 47.8 (previous month: 49.1) – contrary to consensus expectations, which were calling for a reading of slightly over 50. The export orders sub-index actually fell to 41.0 points, the lowest level in 10 years.

The pace of economic growth is decelerating worldwide. Ever more often forecasts have to be revised downward. This applies not only to economic growth, but also corporate profits as a glance at the Stoxx Europe 600 reveals. Earnings estimates for index constituents were on average revised downward by 2.5% over the past three months. Only two out of 19 sub-sectors, namely the defensive sectors food & beverages as well as health care enjoyed upward revisions to their earnings estimates.

As a result, calculated forward P/E ratios are too low; currently the forward P/E ratio of the S&P 500 Index in the US stands at 19x and that of the European Stoxx 600 Index at 18x. It makes little sense to compare them to historical averages, as the interest rate and yield environment has changed significantly. It can nevertheless be stated that expected earnings yields (as the reciprocals of P/E ratios) of 5.3% and 5.6% are not exactly high, i.e., implicitly they cannot include very large risk premiums. And those may well be about to slowly increase.

A stock market crash seems highly unlikely, but much argues in favor of a consolidation period (perhaps a lengthy one), and if so, defensive stocks should gain in importance. Many signs are currently pointing to "risk-off"!