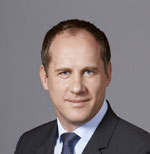 The month of July was again in the balance between the biological crisis and the economic reality or uncertainty. While social life as well as markets are strongly influenced by the daily reporting of new infections, the economic consequences of the "lockdown" measures were confirmed in July.

On the one hand, preliminary economic growth in the EU recorded the worst historic quarterly decline of -12.1% in the second quarter (after -3.6% in the first quarter), while on the other hand, leading indicators such as the Euro area composite PMI again reached values above 50 – 54.8 to be precise – and thus already pointing to a recovery in economic activity. Similar developments can also be seen globally. In addition, a lot has also happened on the political front, after long negotiations the European leaders have also agreed on a recovery fund and the future EU budget. In addition to central bank liquidity injections, coordinated fiscal support packages are now being approved to support the recovery from the worst biological crisis.

Market sentiment was mixed in July as investors helped the price of gold to new highs, which benefitted from a US dollar weakness as well as an inflation hedge. On the stock markets, the US and emerging markets were the only major markets ending with positive returns, while Europe and Japan were down. The price of continued to build on previous gains.

The Austrian stock market could not escape the European trend in July, although there were also two clear beneficiaries of the COVID19 crisis. On the one hand, Semperit AG reported at the beginning of July on a very positive development in their medical protective gloves business since the outbreak of the crisis. On the other hand, Marinomed Biotech AG announced that preclinical data showed that Carragelose has the potential to reduce the risk of infection with COVID-19 and may also treat the disease.

In the second half of the year, the market may be looking at a substantially different landscape on at least three fronts. We will know how the start of the school affected virus outcomes and be in early weeks of the flu season in the Northern Hemisphere. There is also a chance that we will be on the verge of approval of a COVID vaccine by that time. And the US election will already be behind us.