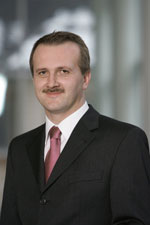 The stock market history is full of quotes and advice. Looking back at the first half of 2020, if I had to choose a recommendation, my choice would be: "Don't fight the FED". Never stand against the power of the central banks. So far, 2020 has been historic in every respect. At the beginning of January, the estimates for the growth of the global economy were just under 3%. At the beginning of July, the IMF anticipates a recession in the global economy of close to 5%. Corona changed everything and left no area of life unaffected - private, public, economic. Still, we mustn't forget: Corona is an external shock, but we don't have a systemic crisis.

The actions of central banks and politics are also historical in every respect. What we had rated as really big in the aftermath of the Lehman bankruptcy and the euro crisis seems ridiculously small compared to today's numbers. The central banks and politics have also moved closer together. This is not necessarily in the sense of the independence of the central banks. But it is a foretaste of the monetary and fiscal policy of the decade just beginning. It is more a community of destiny than acting independently.

The investors are therefore facing a dilemma. What is more important to forecast the markets? The hard and very negative facts from the real economy. Or the historically high packages of the states and central banks. My 30 years of professional experience in general and the lessons from the past years in particular tell me that in case of doubt, liquidity should be weighted higher. "We are invested, if not in full". This has been our advice in the past weeks and months.

The Corona months gave only a few new insights into investment. We were made aware of the vulnerability of individual industries. Taking the aerospace industry as an example, it became clear that even forecasts that were considered to be secure over decades can collapse within a few weeks.

The turnaround in interest rates is de facto impossible because the central banks are largely blocked from normalization. More than ever. Interest rates must remain low because, from the point of view of the states, it is not the amount of the debt that counts, but the amount of the annual interest service. Megatrends such as digitization, health, sustainability persist. Real assets are generally interesting in the environment of low interest rates and high debts. And gold as a deposit addition makes sense. But we essentially knew all of this beforehand.

In the hit lists, which country coped best with the Corona crisis, Austria is at the top of the international rankings. But the performance of the Austrian stock market is 2020 at the bottom of the lists in the stock exchange ranking. This is not "due to Austria". It is because companies are listed on the home market that are currently facing economic headwinds: banks, industry, energy, real estate. Mega trends such as digitalization or health are largely absent. The catch-up process in Vienna will only start when the global economic sky brightens up again. This is unlikely in the coming months. A basic optimism with a view towards 2021 seems appropriate.