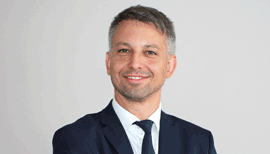 The new stock market year began as the old one ended. Namely, with price gains on the international stock markets. So far, the domestic ATX has posted above-average gains, benefiting as in the preceding months from the sector rotation towards "value" such as banks and oil stocks are. In addition, investors have again increasingly focused on small & mid cap companies, which suits to the characteristics of the Vienna Stock Exchange.

The fundamentally positive sentiment on the world's stock markets at the beginning of the year was helped by the fact that the Democrats now also have control of the Senate as a result of their election victories in Georgia, and the likelihood of another massive US fiscal package has consequently increased. It was the extraordinary major fiscal and monetary measures to combat the economic impact of the pandemic, in addition to progress in containing the virus, that fueled the bull market from the trough of the COVID-19 crisis. For example, the ECB's PEPP securities purchase program alone, launched in response to the health crisis, has a total size of EUR 1850 billion, equivalent to about 17% of nominal Eurozone GDP! For 2021, we expect medical advances to largely overcome the pandemic. Moreover, in our view, ultra-expansive monetary policy and spending to stimulate the economy will continue to spread tailwinds for the equity asset class. In this context, the combination of above-average economic growth rates out of recession (we forecast 3.5% real GDP growth for Austria in 2021 and 4.3% for the Eurozone) in combination with continued very favorable refinancing conditions should play into companies' hands. Accordingly, the broad indices, such as the S&P 500 or the STOXX Europe 600, are each expected to post significant double-digit earnings growth rates for 2021 as a whole and the following year. On an aggregate level, we also expect a significant rebound in the earnings development of ATX companies.

However, the strong rise in share prices also led to a significant increase in valuations, which raised concern among some market participants. The increase in valuations suggests that, in terms of price increases, the dynamic will decrease this year compared to the first phase out of the COVID 19 crisis. However, the valuation levels are definitely put into perspective if one keeps an eye on the very strong expected earnings development in the coming years. Furthermore, the broad European stock market and especially the ATX still look reasonably priced compared to the very expensive bond market.

From a sentiment point of view, too, there are now warning signaling an overheating. In this respect, the one or other temporary setback in this year should not come as a surprise.

Conclusion: We expect successful vaccination strategies to lead to an overcoming of the pandemic over the course of the year. The combination of continued very expansive monetary and fiscal policies should also ensure above-average economic growth rates and profit increases. However, the now significantly higher valuation levels and the already overheated sentiment also suggest that the upward movement in 2021 will be noticeably less dynamic than in recent months.